*Note: this post is also published on Dal News and is co-authored with Michele Charlton from Dalhousie.


Four medical scientists from Dalhousie University are the recipients of $2.6 million in funding from the Government of Canada for their groundbreaking health research.
Four clinician scientists affiliated with the Nova Scotia Health Authority (NSHA) and the IWK Health Centre also received funding, bringing the total in new health research funding to $4 million.
The funding, which is provided by the Canadian Institutes of Health Research (CIHR) project grants, will help researchers from Dalhousie and NSHA gather the kind of information they need to make real improvements to clinical practice, health service delivery, and public health policy.
The Project Grant competition is one of CIHR’s flagship funding programs. They are multi-year grants that are designed to support researchers at various stages in their careers as they conduct health research and knowledge translation projects that cover the full range of health research topics. Project grant recipients are leaders in their fields and their projects tackle pressing health issues that matter to Canadians, such as cancer, autism, heart disease, and dementia. 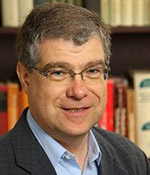 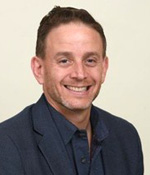 Patients with Li Fraumeni syndrome (LFS) have a mutation in a gene called TP53 in every cell in their bodies, which puts them at much greater risk for developing cancers early in life and throughout their lifetime. While surveillance programs that include MRIs and other imaging tests have helped identify these tumours earlier so that they are more easily treated, these patients still require intensive therapy to cure their cancers. Patients who survive their first tumour are likely to have second, third and more tumours that will all need treatment. What types of cancer and when these tumours will develop is hard to predict.

The zebrafish shares similar genetics to humans, fertilizes externally producing large numbers of offspring, which are transparent and easily studied. Dr. Berman and his team have already genetically engineering zebrafish to contain the most common TP53 mutations found in LFS, and these fish develop cancers by 8-10 months of age. These fish can be screened early in development for signs that their TP53 gene is not functional and introduce additional mutations found in LFS patient tumours. The young fish can then be used to screen for drugs that restore normal TP53 and observe if cancers are prevented. By demonstrating that these responses in zebrafish are conserved in patient samples, we aim to improve the outcome for these children. 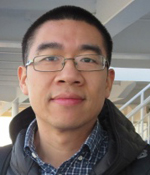 Pseudomonas aeruginosa is a bacterial pathogen that inhabits soil and water as well as plant and animal tissues. It can be an opportunistic human pathogen, causing infections when normal immune defenses are disrupted.

The goal of Dr. Cheng’s research is to characterize how a P. aeruginosa-secreted protease modulates inflammation in the context of chronic infection in CF lungs. His findings may lead to the development of new strategies for alleviating the terrible inflammation in the lungs of these patients that eventually creates the need for lung transplants. 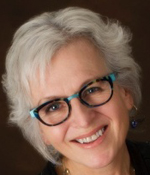 The endocannabinoid system (ECS) is an important physiological regulatory system, and drugs that target this system have effects on a number of critical biological systems including synaptic transmission and immune response. The ECS is also the target for cannabinoid constituents from the cannabis plant including behaviorally active tetrahydrocannabinal (THC) that interacts with cannabinoid 1 and cannabinoid 2 receptors.

There is a tremendous interest in targeting the ECS to treat disease, particularly using indirect agonists such as enzyme inhibitors, which block the metabolism of endocannabinoids. Although there has been significant promise in pre-clinical studies, clinical trials of enzyme inhibitors have been halted due to either a lack of efficacy or toxicity.

Dr. Kelly’s research will address these important areas by: 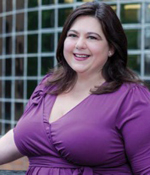 People who have access to a regular primary care provider (family doctor or nurse practitioner) receive better and more appropriate care and have better health outcomes than those who do not. Across Canada, 15% of people do not have a regular provider, and are referred to as “unattached patients.”

Dr. Marshall will compare centralized waitlists in Nova Scotia, Quebec, and Ontario to see how effective they are at connecting unattached patients to primary care providers. The findings from this study will be shared with stakeholders from all the provinces. 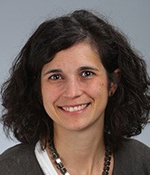 Sexual health is a fundamental aspect of quality of life; a satisfying sexual relationship is associated with better physical, psychological, and relationship health and well-being. Problems with sexual function are extremely common, especially for women. A persistent difficulty with sexual desire and/or arousal that is personally upsetting (Female Sexual Interest/Arousal Disorder or FSIAD) affects 7-23% of the general population.

Sexual desire—the key component in FSIAD—is thought to be embedded in, and influenced by, interpersonal factors, with FSIAD being coined the most ‘relational’ of sexual dysfunctions. One highly relevant interpersonal factor that has been associated with greater sexual desire and satisfaction in community couples is self-expansion. Self-expansion in relationships represents the extent to which partners  facilitate the attainment of new perspectives and provide opportunities for novel and exciting experiences. For example, a couple might engage in self-expanding activities together such as learning how to cook a new type of cuisine or taking a trip to a new city to explore interesting sights. 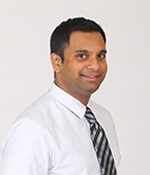 The EPCAT III study is a continuation of the comparison of aspirin and blood thinners when preventing blood clots after hip and knee replacement surgery. Previous studies have shown that aspirin is just as effective and safe as a more expensive blood thinner. This results in significant cost savings to the health care system.

This study continues the work of the team who were previously published in the New England Journal of Medicine. 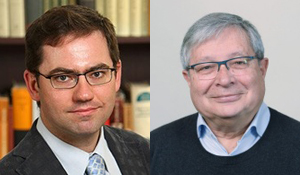 Speech rhythms reflect the speaker’s mood in the moment and reflect their thought processes and motivations. Listening to speech is a key part of clinical assessment which informs treatment selection such as psychotherapy, brain stimulation or medication. Choosing which treatment will be effective is hard to predict.
Posted by NSHA Research at 9:50 AM No comments:

Andy Fillmore, Member of Parliament for Halifax, on behalf of the Atlantic Canada Opportunities Agency (ACOA) announced a $2 million investment for a NSHA orthopaedic project on Wednesday April 17th.


Dr. Michael Dunbar and the orthopaedic research team, in conjunction with partners Kinduct, Emovi and OrthoMX, are seeking to advance the standard of care, increase treatment options and improve orthopaedic wait times.

NSHA puts a priority on translating research into clinical practice and this project will provide medical staff with enhanced information such that they can make more timely and precise decisions.

The technology involved is a three part partnership between Kinduct, Emovi and OrthoMX. Kinduct developed a platform for remote patient monitoring where patients can access information about their care and interact with their healthcare team. Emovi's KneeKG system is a wearable knee assessment device that assesses knee joint functions dynamically. OrthoMX uses the InStride app to track walking patterns. These three parts together will shape the new Mobility Assessment Clinic at the QEII Health Sciences Centre.

Congratulations to Dr. Dunbar and the orthopaedic team!


Posted by NSHA Research at 7:53 AM No comments:


Welcome to our new Research Ethics Board Manager- Jordan Warford!

Jordan's role as the Manager of the REB is to manage the review of research protocols for research being conducted within the Nova Scotia Health Authority before that research begins.
Jordan enjoys being outside with his family (fur and human), running the roads on his bike and if you haven’t met him yet, drop by the Research Ethics office to check out his socks!


Please welcome us in joining Jordan to NSHA.

Posted by NSHA Research at 2:07 PM No comments:

A national initiative led by researchers at the Nova Scotia Health Authority (NSHA) and Dalhousie University studied the burden of diseases and injuries attributable to risk factors in Canada and their paper was recently published in CMAJ Open.

Nutrition researchers Dr. Leah Cahill(1) and Samiah Alam set out to quantify the determinants of healthy life expectancy in Canada from the Global Burden of Diseases, Injuries and Risk Factors Study (GBD). The GBD study is "an international scientific effort to systematically quantify the comparative magnitude of global health loss resulting from disease, injuries and risk factors to inform evidence-based policy-making." While burden estimates have been presented for individual countries such as the United States, Germany and the UK to help with national policies and prioritizing, Canada had not yet been summarized.

Cahill used three well-established metrics to summarize health loss including
disability-adjusted life years (DALYs), total deaths and years lived with disability . "One DALY is equivalent to 1 year of healthy life (free of disease, injury or disability) lost. Because DALYs quantify both mortality and morbidity, total DALYs are considered to represent the burden of diseases and injuries for a country, indicating the gap between the country’s current health status and an ideal health situation in which the country’s entire population lives to an advanced age, free of disease and disability."

The trend for Canada from 1990 to 2016 hasn't changed at the top. Tobacco exposure has continued to be the leading risk factor followed by diet, but high BMI and high fasting plasma glucose have both increased, beating out high blood pressure and high cholesterol both of which dropped in rankings over time.

The good news is that factors proving to be the highest risk, tobacco and diet, are modifiable- change your ways, lower your own risks and reduce Canada's health burden.